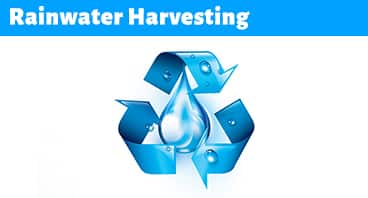 A simple rainwater harvesting system that I installed at my modest independent home in Sastri Nagar, almost 15 years ago, is what is helping me through the current water crisis.

There was sufficient water in the open well. So, we did not have to depend on the water supply to our locality, which was unreliable and erratic. Due to poor rainfall in the years 1993 and 1994, water in the well was depleting at a fast rate, I sunk a borewell which became the main source of water supply for the family.

A friend suggested that I go in for an RWH system. It would be a simple structure. It would recharge my well by channeling the rainwater collected on the terrace during rains into the well through PVC pipes, suitably filtered. That did not solve the problem.

During heavy rains, the compound would be flooded with rainwater, one-foot high, as the platform of my premises was at a lower level than the road. The rainwater would remain stagnant for almost a week. Because of the muck that would come in with the water, the whole place would stink and it would be a breeding ground for mosquitoes.

Often, we would seek the help of the Corporation to pump out the water.

In 2003, when RWH structures were made mandatory in the state, my friendly architect/engineer came up with a simple idea of harvesting the water surrounding my home during the next rainy season.

He dug three-meter-deep holes in the ground on the premises of my house. In these holes, he embedded PVC pipes of 6-inches diameter and filled them with sand & broken granites.

These were placed three meters apart throughout the length and breadth of the compound with concrete flooring. He also dug up a 3ft x 3ft, 3-meter-deep shallow gutter covered with a perforated concrete slab in two places in the passage leading to the house — one near the gate and the other at the entrance to the passage from the road. The initiative cost me only ₹15,000 in 2004. When the next rain came inundating our colony I was pleasantly surprised to see the entire collection of water surrounding my home vanishing into the ground in three to four hours.

Obviously, the RWH system was working. In a couple of weeks, I had another surprise. The open well that had been dry for almost 10 years had got recharged and was filled to the brim.

However, the total failure of the rains last year has made the open well go dry again for the last six months. While we are continuing to enjoy the supply from the borewell for general purposes, thanks to the RWH system in place, we do buy tanker water once a month for our cooking and drinking needs. I am convinced that having RWH systems in buildings is one of the lasting solutions to the water problem of Chennai.